People of the Revolution: Do Not Fear Change

We all talk an awful lot about change.

We are fortunate to be working in a time of great change in industry – a time of rapid progress. The fourth industrial revolution, in fact. And we are the people of the revolution in our industry; we are and will be changed by it.

At Rockwell Automation, we help to enable people to change things - improve things - with technology. We live our brand promise of expanding human possibility – and the possible is just that – possible. Not “inevitable” or even “probable”, possible.

Amelia Earhart once said: The most difficult thing is the decision to act, the rest is merely tenacity. The fears are paper tigers. You can do anything you decide to do. You can act to change and control your life; and the procedure, the process is its own reward.

That last sentence resonates very strongly with me, personally and professionally, in my role as HR Business Partner - Global Sales & Marketing Emerging Markets at Rockwell Automation. You can act to change.

For many in the industrial workforce, the change that is upon us requires a huge shift. It often requires learning new skills, and, done well, those changes are often for the better. At Rockwell Automation, we understand this well, and we have extensive programmes that place people at the heart of their own lifelong learning journey.

We work very hard to enable our people to take an active role in defining the change curve that they are on at every level of the business, in every country we operate in around the world. It’s something that makes me immensely proud to work here. At the heart of this is understanding the transition within change.

Transition is slightly different to change; change is an event that occurs, and transitioning through change is a process. Transition is internal. It’s what happens in people’s minds as they experience change. The more we understand the process, the more adept we become at changing and implementing change.

William Bridges suggested a universal three-stage Transition Model, which anyone who’s been through change is likely to recognize immediately:

When I talk about the transition process, I can’t help but remember the starkest example of it from my own life. A brief experience in which I felt these three stages most vividly!

When I was a little younger, I was a bit of a daredevil. I accepted a dare to parachute jump and bounded gleefully with my best friend into a plane and up to 10,000 feet without thinking too much about what I was doing. And then it hit me. The fear. When it came to it, standing on the threshold of the jump, hanging on to the wing strut, I had huge doubts, regrets and a quite obvious, white-knuckled fear of letting go.

My hand had to be prized from the wing strut by the instructor and I reluctantly let go. It was the end of the safety of the plane, I had lost that safety, I had let it go. End of phase one.

A few moments later I had pulled the ripcord, and when the ‘chute opened I was suddenly flying. Peaceful and wonderful, the fear had passed, and I was in a strange limbo – the neutral zone, phase two. Letting go was behind me and there was peace, but soon I was aware that I needed to move my mind forwards – steer for the landing zone and hope that I could find it without causing myself (or any innocent bystander below) any injury!

Once I’d landed, it was a new beginning for me (stage three) – especially as I really enjoyed the jump, had learned a new skill and took to undertaking several more jumps in the coming days and years.

Some people are very change agile – they have an ability to move through change much more quickly than others – but they will still experience these same three stages. These people also tend to be very good at helping others through change, and there are some stand-out examples at Rockwell Automation who have taken on stretch roles (that include functions or responsibilities beyond their job description) that have enabled them to move into new roles and lead others through change very effectively.

In times of change, it is important to remember the transitions that people go through. If your company is undergoing digital transformation, becoming a Connected Enterprise and seeking to become an Industry 4.0 organisation or even if it is organizational change, team restructuring, it’s likely that the success of the change can be measured by how well the transition through change is managed.

Change is, after all, about people. You can act to change. 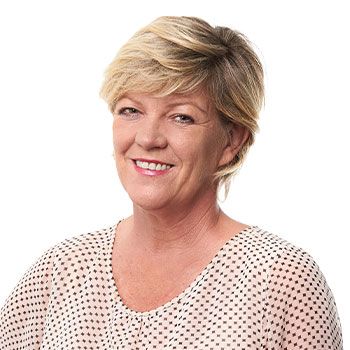