In Chakan, Pune, India, a market leading manufacturer of utility vehicles built a modern Greenfield facility from the ground up with state-of-the-art equipment. At the heart of the plant is the Electrified Monorail System (EMS) conveyor, designed to deliver reliable, safe, quiet and efficient transportation of the vehicles from one work station to another along the assembly line. The EMS runs throughout the entire length of the Trim, Chassis and Final assembly (TCF) line of the Vehicle in the General Assembly shop. The light truck manufactured in this facility is transported by a wireless EMS conveyor. The TCF line is considered the final stage in production, where components are added to the vehicle including ‘trim' components such as windshield glass and seats, as well as operational components such as the engine and wheels before final vehicle testing.

Control and Communication Automation
For consulting, specifying and planning of this project, the manufacturer worked with Yantra Automation, one of the largest Rockwell Automation distributors in India, in conjunction with their local Rockwell Automation account manager, and with system integration company, Precision Automation and Robotics India Limited (PARI). The team worked closely to develop the best overall solution for this sophisticated project.

This being a new system and a Greenfield plant, they were not bound by constraints associated with some of the older monorail systems found in manufacturing plants. Thus, they were able to design a sophisticated system that easily conformed to the goals of the project and the manufacturer's commitment toward Flexible and Lean Manufacturing. This entailed the following features:

From Yantra Automation, Ajay Kulkarni and Manish Sahni began the challenge of designing a complex wireless communication system for the assembly manufacturing line; an ambitious goal in a large-scale project involving multiple carriers in continuous motion along the overhead Electric Monorail System. Together, the team selected a Rockwell Automation control solution supported by ProSoft Technology wireless Ethernet communication. The challenge: creating a seamless and reliable communication system between each carrier and the controller as they move throughout the plant.

Implementation
PARI was commissioned for the design and implementation of the specific assembly line. PARI is a turnkey integration company specializing in top-to-bottom conveyor system design, robotics, and controls & communication automation for Automotive Industry segment in India.

PARI designed the full vehicle assembly line to operate in real-time on the EtherNet/IP control network, using several Rockwell Automation ControlLogix PACs and supporting peripherals on the shop floor, including I/O and Variable Frequency Drives. The decision to go with ProSoft Technology Industrial Hotspot radios was made primarily because of their industrial hardware and solid reputation for supporting Rockwell controls and communication interfaces seamlessly, in addition to the ease of operation.
Movement of the EMS carriers for transporting vehicles through the different stages of assembly is handled over a wireless EtherNet/IP network. The control system consists of one ControlLogix PAC on the conveyor and one ControlLogix PAC on engine decking system for body marriage. The conveyor PAC is hardwired to two ProSoft Technology Master radios while the Engine Decking PAC is hardwired to a third Master radio. The conveyor PAC is wirelessly connected with 33 individual carriers along the EMS, while the Engine Decking PAC is connected wirelessly with 3 engine carriers. Each independent EMS carrier has a local control panel with Rockwell Automation I/O and a Variable Frequency Drive (VFD), and a ProSoft Technology access point acting as Repeater to establish wireless communication between the main control panel equipment and their respective PAC. The carrier radios communicate with each other as well as with Master radio.
This EMS application is time critical, so each repeater radio is connected with its parent Master radio at all times to avoid switching delays as communications change from one Master radio to another while the carriers are in motion. The Master radio in each conveyor PAC has two Omni antennas with a splitter to deal with multipath fading effect. The architecture fully supports seamless roaming by the carriers.

Results
After some initial challenges with line-of-sight issues which were resolved by adding another Master radio and elevating their locations, the system is now able to provide real-time communication between the EMS carriers and the PACs on the assembly plant floor, including real-time I/O status for conveyor movement control. The system also enables wireless synchronization between the floor-mounted engine trolleys and the overhead EMS carrier, for the smooth decking of the engine.

The flexible architecture permits independent operation of each vehicle carrier, enabling carriers to be programmed for different speeds based upon their location on the conveyor path. The conveyor speeds are seamlessly switched in the process zones, transit zones, straight and curve zones, manual speed zones; and slow-and-stop speed zones. Limit switched in the vertical elevators enable ramp up and ramp down velocities for elevation changes, ensuring safety of the carriers on the line. Buffers in the conveyors can be adjusted based upon prevailing production pull systems.

By opting for this wireless network, the manufacturer was able to gain several benefits, including:

The Future
The project went live in November 2009. Since then, the manufacturer has seen an increase in uptime, reliability and consistency in production output, enhancing their commitment toward Lean Manufacturing. With the success of the Rockwell Automation control and ProSoft Technology communication solutions, five similar applications consisting of both EMS conveyor system and material handling in the vehicle assembly shops are being installed. 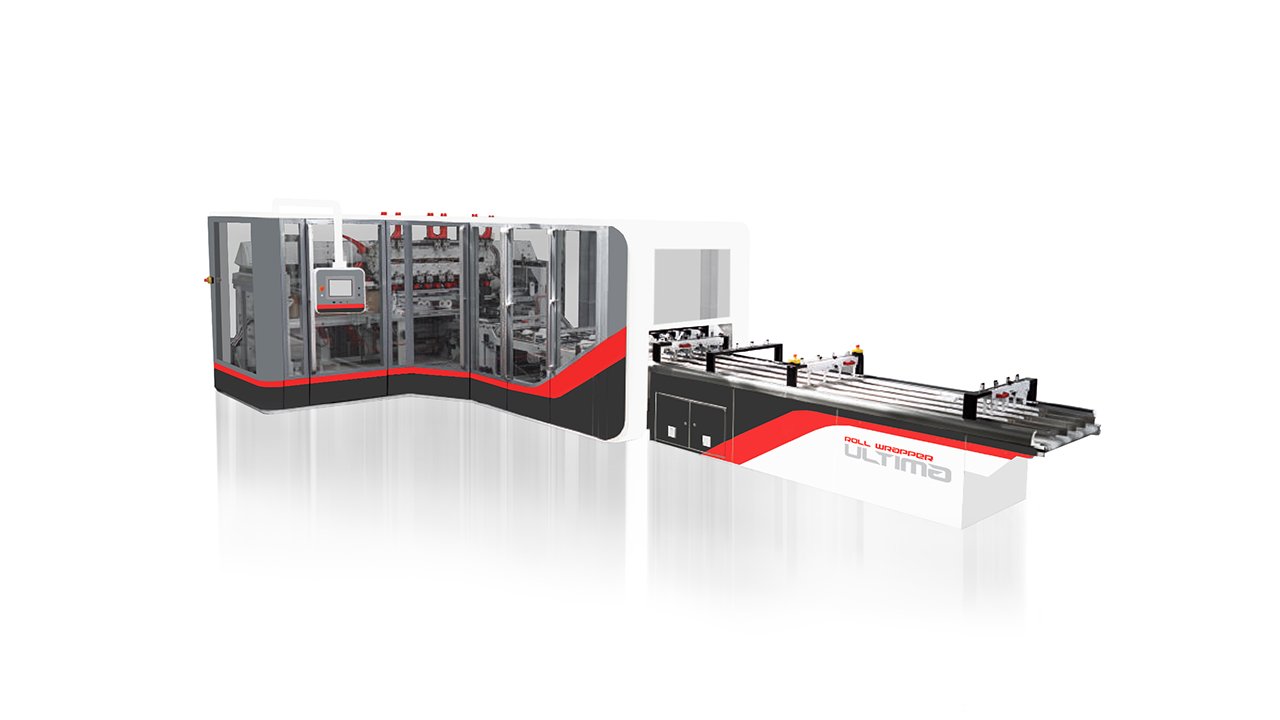 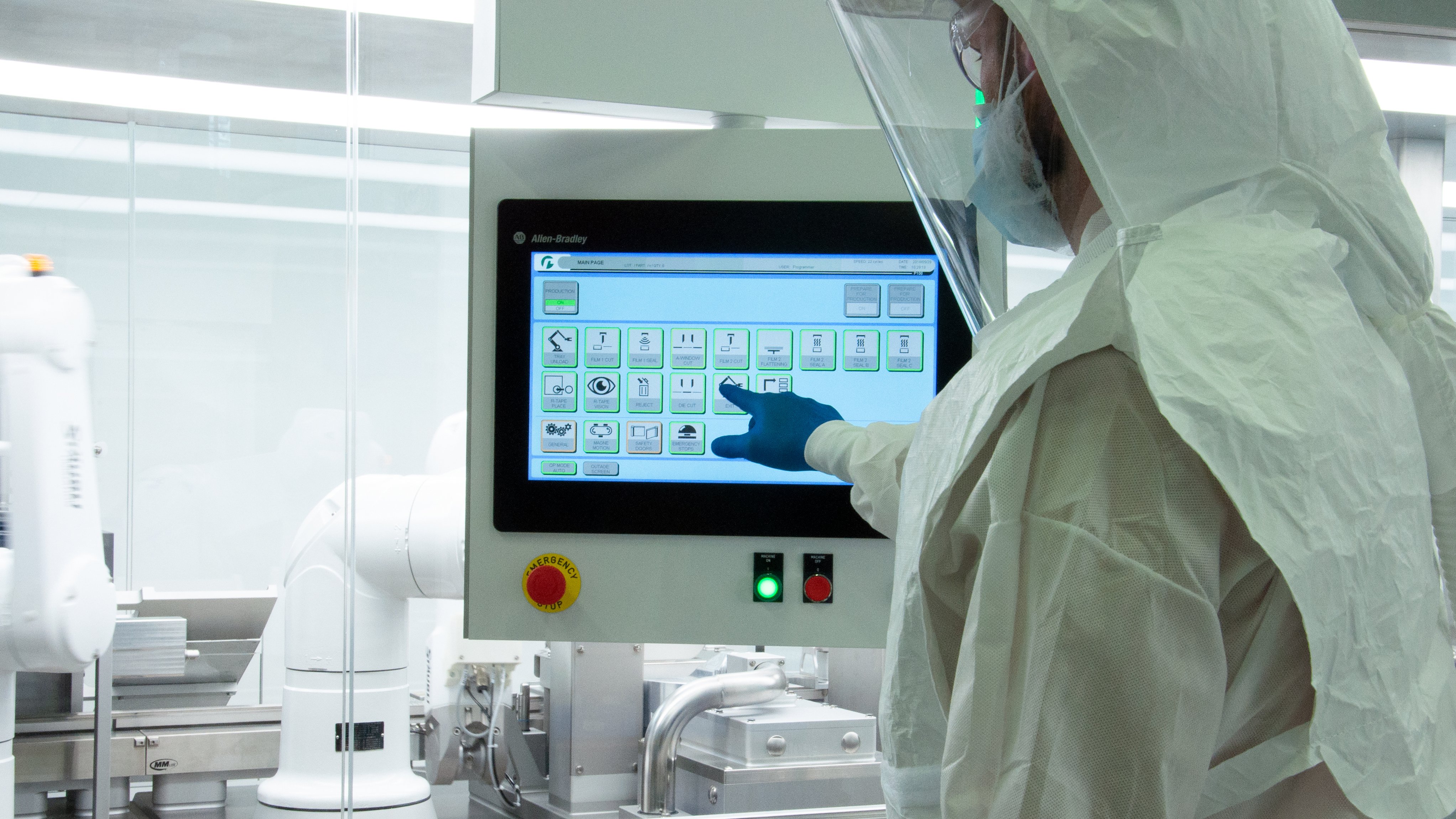