Among them are giants in the industry, including Anheuser-Busch, but the majority are smaller craft breweries whose creative recipes are rivaled only by their names: Fat Tire Amber Ale; Easy Street Wheat; Sad Panda Coffee Stout; Cross-Eyed Strangers IPA.

Fort Collins’ vibrant craft-brewing scene is part of a flavorful beer revolution across America. Over the past two years alone, the number of U.S. breweries has almost doubled, to more than 5,600. And 99 percent of those are small and independent operations, according to the Brewers Association, the trade group for independent brewers. The association defines a craft brewery as one that produces six million barrels or fewer annually, using traditional or innovative ingredients and fermentation methods.

This explosive growth has driven demand for people trained in the art – and science – of brewing beer. Colorado State University is meeting that demand in a unique and mutually beneficial partnership involving major commercial and craft brewers, and leading experts in industrial automation.

Even before the craft-beer boom began, Colorado State University (CSU) – which also calls Fort Collins home – created a brewing science and technology course. Soon after the class launched in 2007, it became one of the most popular electives on campus.

Jeff Callaway, then a graduate student studying foodborne pathogens at CSU, helped teach the course with professor Jack Avens. “Rather than focusing on the ‘bad bugs,’ I decided to follow my passion for the good organisms that ferment food and beer,” Callaway recalled. Avens tapped into the wealth of brewing knowledge in the area, recruiting master brewers and other industry experts as guest speakers, which Callaway was able to continue.

“Industry was heavily involved in the class,” Callaway explained. “Students got to network with them, and companies began seeking out our graduates to hire them. These days, there’s so much on the line competitively that the industry just doesn’t have time to train all the people they need.”

The foundation-level classes required for Fermentation Science and Technology majors are scientifically rigorous, including organic chemistry, microbiology and physics. Adding to the challenge were the university’s ambitious goals for a state-of-the-art program that would meet the needs of the brewing industry – both commercial and craft – now and in the future. That’s why students are steeped in the technological side of the brewing business – specifically, advanced automation.

“We are the land-grant university, which means we have a public responsibility to provide research and education that will serve the needs of students and the local economy,” Callaway explained. “Universities like ours have been helping farmers for decades with agricultural research and extension services. Today, the brewing industry is a major part of our economy, so we have a duty to support them.”

To fulfill that mission, the program operates two separate breweries on campus. One is a microbrewery inside the Lory Student Center, where students produce and serve their craft beer to the public.

“The brewpub is very representative of 90 percent of all the breweries in the world, because most are small, even tiny,” Callaway explained.

The academic and research heart of the program, however, lies within the nearby Gifford Building. Contained here are classrooms and research laboratories, where students take a deep dive into brewing science, quality assurance, operational technology, and many other highly focused areas beyond the brewing process alone. The building houses a small-scale commercial-style brewery where students gain exposure to brewing equipment with advanced capabilities representative of those found at a MillerCoors or Anheuser-Busch facility.

Giants in the beer-making industry have long depended on automated brewing processes to satisfy their legions of consumers. Today, craft brewers are increasingly investing in precise control technologies for the same reason.

“Initially, some in the craft scene were resistant to automation because they thought everything should be done by hand for a more artisanal feel,” Callaway said. “But as companies grew, the realities of the marketplace set in. If you want to consistently brew a flagship product, you need a reliable, consistent process.”

Malyszko’s full-time job is director of operations and lead engineer at Malisko Engineering, a systems integration company based in St. Louis, MO with a branch office in Denver. His experience in the brewing industry runs deep, including a stint as a brewing production supervisor. He’s also a CSU alumnus.

“The university wanted industry guidance in terms of best practices for both breweries,” Malyszko recalled. “They needed an automation solution that fulfilled the current needs of the FST program with inherent scalability and flexibility to remain relevant in the future.”

Malyszko recruited Dean Scheidt, a Denver-based solutions architect at Rockwell Automation, to help develop the process solution for the program. Malisko Engineering is a Rockwell Automation Solution Partner, and the two men have worked together on a range of projects for a variety of industries. Scheidt also happens to be a Colorado State alumnus.

“The university’s goal was to make this program a showcase for the entire industry,” Malyszko said. “That challenged us to design a process solution that is standards-based and maintainable for the long term – not just some black box.”

They selected the PlantPAx distributed control system (DCS) from Rockwell Automation as the foundational platform for both campus breweries. This plant-wide control system allows brewers to automatically control and visualize the brewing equipment as well as critical process control points such as temperature, flow, density, and pressure.

“With PlantPAx, students gain valuable insights into the brewing process while getting practical exposure to a scalable, stable, and operator-friendly automation platform.  ” Malyszko explained.

The solution includes FactoryTalk Batch software from Rockwell Automation, which supports the reuse of modular phase code, provides intuitive recipe authoring, and has built-in batch tracking and reporting. The software combines the ISA-88 batch control standard and integrates seamlessly with the system’s library of process objects including rich HMI visualization of control recipe procedures and operations.

In designing the brewery application, Malisko Engineering added features that complement the look and feel of Rockwell Automation process libraries, but are highly brewing-specific: for instance, the addition of an interactive faceplate for hops addition scheduling and fully customizable formulation editing for dozens of recipe parameters for various units in the brewery.

With PlantPAx, students gain valuable insights into the brewing process while getting practical exposure to a scalable, stable, and operator-friendly automation platform.

“We were inspired by Rockwell Automation’s modern user experience approach in creating a simple and clean, user interface, and we payed particularly close attention to mobile capabilities,” Malyszko said. “Especially in a university setting, a handheld HMI is a great teaching tool, allowing people to walk around the facility making process observations rather than being tied to a screen.”

The data-collection capabilities native to the DCS are critical for the research component of Fermentation Science and Technology program.

Demonstrating repeatability to students is vital,” said Jeff Callaway, Associate Director for the Fermentation Science program at Colorado State. “We are able to be agile with flexible procedural control, and we can confirm consistency with data collection and analysis.” With the DCS, we can see the exact metrics that produced a successful batch and optimize a new recipe or procedure based on that information. We can also easily access historical data to identify changes that affected the product.”

“Brewers from industry can do anything from trying a new grain bill to a new kind of boiling scheme,” Callaway said. “For commercial brewers, having access to a miniature system allows small-batch experimentation with raw materials and process changes that may not be feasible on industrial-sized systems.”

Recognizing the opportunities, Colorado brewing companies were high on the list of industry donors who helped make CSU’s Fermentation Science and Technology program a reality. Those included the Fort Collins Budweiser brewery, along with craft-beer leaders like New Belgium and Odell. MolsonCoors donated an entire set of brewing vessels and various process equipment for the student center brewpub.

On the automation side, Malisko and Rockwell Automation – as well as experts from Panduit, Endress+Hauser, Rexel and others – contributed their time and technology pro bono to the projects.

“This was everybody coming together to lend a hand,” Malyszko said. “We’ve all worked together to make sure Colorado State stays on the cutting edge of what’s become an incredibly vibrant and innovative industry.”

The results mentioned above are specific to Colorado State University’s use of Rockwell Automation products and services in conjunction with other products. Specific results may vary for other customers.

FactoryTalk and PlantPAx are trademarks of Rockwell Automation Inc. 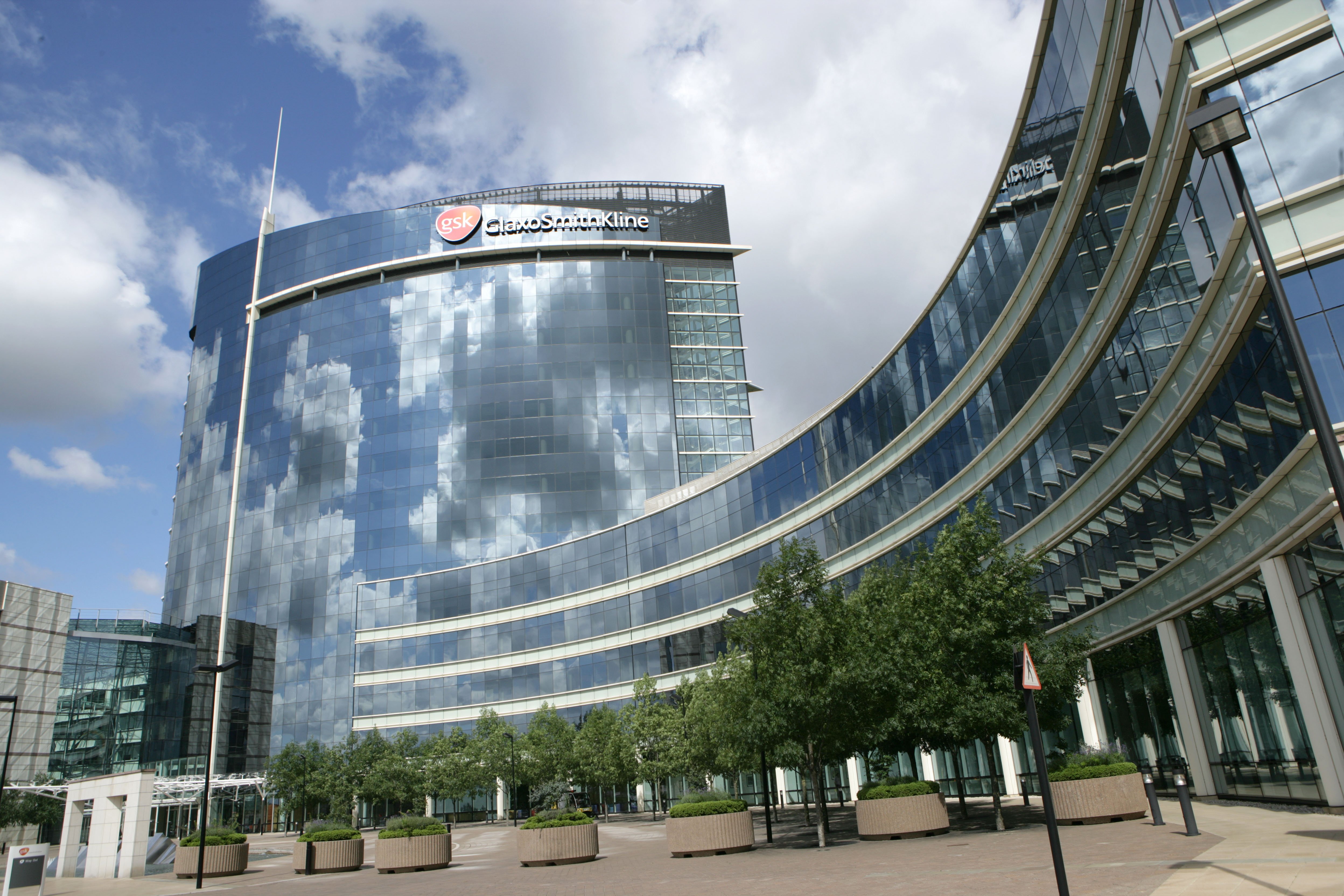 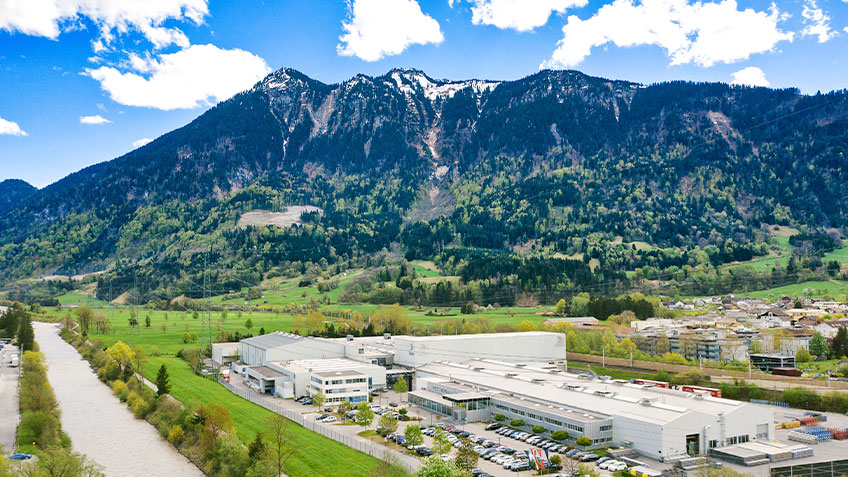