Chilled water is a critical element on the frontier of scientific exploration. At a major research laboratory, chilled water is used to create the precise environmental conditions for leading-edge experiments on the smallest particles in the universe.

The laboratory is home to some of the most advanced research and development facilities in the world. Scientists on the grounds study the molecular structure of substances ranging from brain cells to lithium ions. The results have been advances in the fight against cancer, the search for more efficient energy sources, and the development of nanomaterials.

In all, the research laboratory spans over 5,000 acres. And all of the large research and administration buildings are connected via pipes to a centralized chilled-water plant. The facility has expanded several times since the laboratory centralized its chilled water generation in 1990.

Before the laboratory centralized the plant, each building housed its own cooling system. The setup was inefficient, because each cooling system needed to be maintained and controlled separately.

In 2008, the laboratory got approval to build a new state-of-the-art facility to replace one nearing end of life. Widely used by scientists across the globe, the first facility had been around for more than 30 years. The next-generation would be more powerful than the first – and require at least 12 percent additional chilled water capacity per year.

To meet increased demand, the centralized plant would need to expand. At the time, it housed four water chillers controlled by Allen-Bradley PLC-5 controllers fed by 10 racks of I/O. Between 2011 and 2016, five new water chillers would be added.

In addition, the control platform was nearing the end of its life cycle, providing an opportunity to modernize. Maintaining a modern, standardized system was important to the laboratory, because a seamless system would provide consistent performance and make it easier to find replacement parts.

When considering the migration and expansion of the control platform, there was one caveat: downtime must be minimal. Chilled water needed to be available 24/7 for experiments to continue unhindered and for data storage.

Home to one of the largest computing centers in the country, the laboratory requires very specific humidity and temperature for data storage. If there was an outage, information from ongoing experiments wouldn’t be stored.

The initial migration of the control platform was also a major concern. Federal law requires national institutions to get bids from multiple vendors. And the first quote said the entire system would need to be changed over. That was not an option. Not only would a completely new system be cost prohibitive, but the research equipment requires constant cooling.

A Thesis on Migration

After meeting with Applied Control Engineering, Inc. (ACE), a Solution Partner in the Rockwell Automation PartnerNetwork program, it was determined that a complete overhaul could be avoided by migrating the laboratory’s PLC-5 controllers to the Allen-Bradley ControlLogix platform. The plant could migrate from its old hardware in phases, keeping it operational during the expansion.

ACE defined three phases that would keep the plant up and running.

As part of the first phase, ACE would migrate from the legacy controllers to the ControlLogix platform while adding space for the new water chillers. A remainder of the legacy system – 10 racks of I/O – would be replaced during the third phase.

To ensure a smooth migration during the first phase, ACE took advantage of a system conversion tool from Rockwell Automation to prefabricate as much of the ControlLogix platform as possible. In a few instances, custom solutions that the laboratory had in place required ACE to tailor the design to the plant.

“The plant is larger than many in the private industry, which resulted in their control system including some features that aren’t normally in place, like specialty I/O cards,” said Gary Hida, vice president of ACE. “We worked with Rockwell Automation to determine the best setup for those instances, keeping the project running smoothly.”

The second phase progressed efficiently, and ACE expanded the system to include two additional chillers. The new chillers operated on the ControlLogix platform and eight additional racks of I/O that were connected to the partially migrated system.

A third phase added three additional chillers and migrated all but two of the remaining racks of legacy I/O. Following upon the completion of the third phase, the remainder of the legacy system was also replaced.

The capacity of the centralized water plant has successfully increased capacity from the original 4,850 tons to 11,100 tons. The ControlLogix platform provided scalability to the plant, which enhanced the ability to add chillers.

The eight hours provided to transition the control platform was more than enough. The chilled water plant ran in bypass mode for only four hours using stored chilled water during this period to satisfy the users’ needs.

The migration of the legacy I/O racks to ControlLogix I/O averaged one week per rack, well within the allotted timeline. While the migration was performed, the research laboratory was able to continue experimental research as normal.

The ControlLogix platform also continues the laboratory’s sustainability best practices. With an efficient control system, the projected savings in energy are nearly $400,000 per year.

Following the water plant expansion and I/O migration, the laboratory is replacing the old cooling towers on the grounds. Along with this latest project, ACE is helping to deploy new I/O that integrates seamlessly with the current system.

The results mentioned above are specific to the use of Rockwell Automation products and services in conjunction with other products. Specific results may vary for other customers. 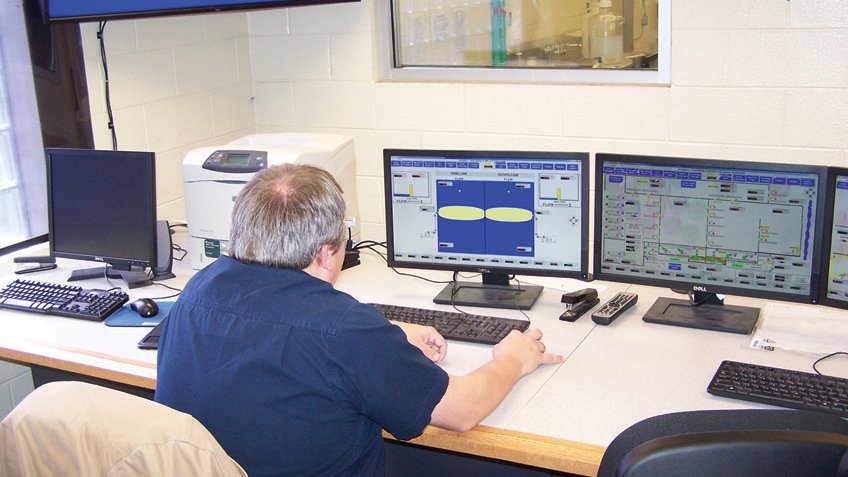 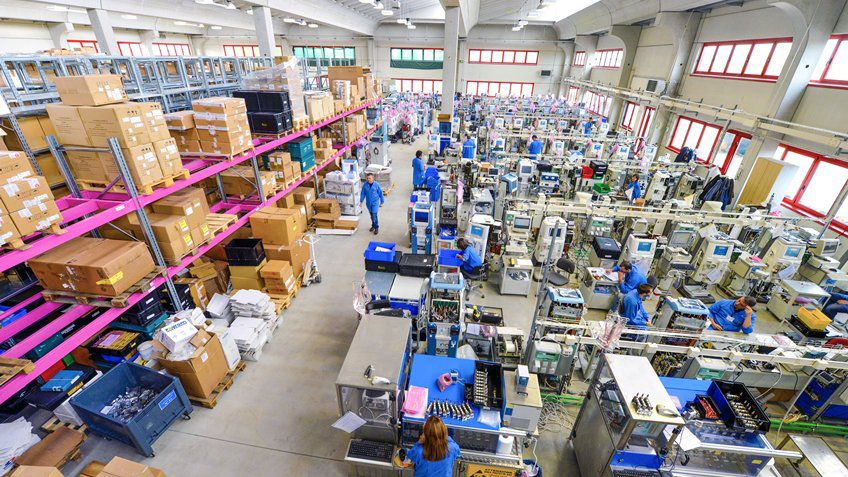 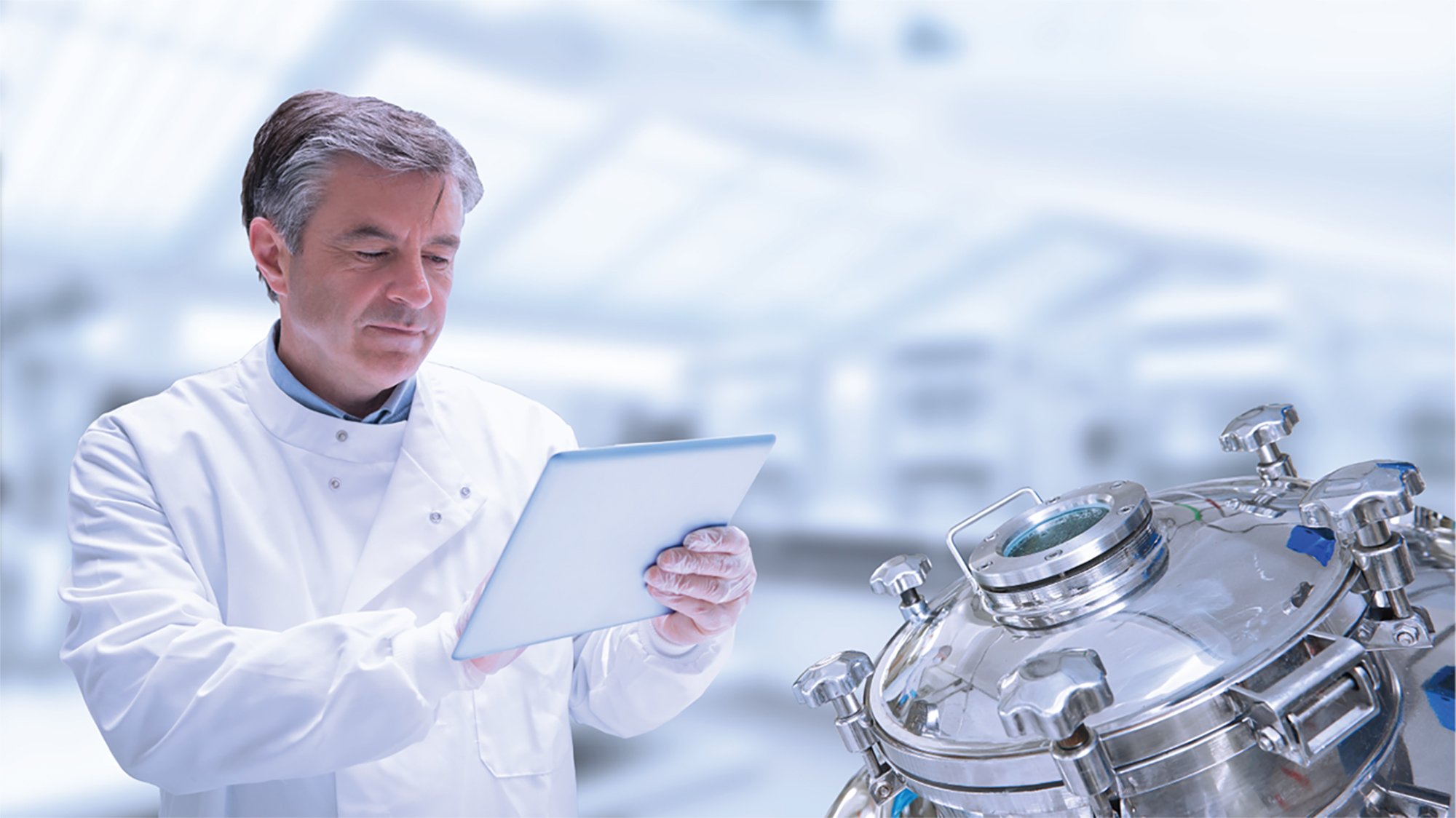