Sometimes the job of a process engineer seems more like a detective.

It was a very normal business day but the recipe author/formulator had a problem. He had been informed in his weekly staff meeting that a raw material, which formed the basis for his current batch, was no longer available and procurement was reverting back to an older ingredient that had not been considered in testing.

The entire formulation and quality of the finished product was in jeopardy if they were to use the current recipe. The only redeeming news was that he had experienced success with this older ingredient several years ago. Now if he could only find the last recipe they used with that material.

He had to dig through dozens of archived software files, log books and QC reports to try and recall all of the set-points that had once yielded a good product. He gathered all the data he could but still did not have the confidence that he had found the optimized recipe procedure and formula values.

If only he had an effective system that could have logged the recipe and kept it in a vault somewhere. Even if it were controlled, he wondered whether all of the process tweaks would ever be recovered so he could quickly start processing batches using the new material.

Can this happen to me?
When I tell this story at events, I'm surprised to get head nods by other process engineers in many industries about their similar experiences. This is not an occurrence isolated to small manufacturers – it extends to large, multi-national, manufacturers in a variety of industries. After digging a little deeper, the discussion invariably turns to: “What are we going to do in the future to prevent this from happening again?”

There are a few common needs I consistently hear:
• Keep track of the genealogy of your procedural files in a chronological order
• Have the ability to correlate the recipe nuances with equipment parameters
• Capture the tweaks that occur once the recipe has been released into production.
These can be summarized as version control.

In the latest release of FactoryTalk® Batch, we have built in functionality to help ensure that managing and tracking recipes can be done with ease. We allow recipe authors to save and retrieve versions of a recipe in a controlled environment. Furthermore, once a recipe is checked in, we have rules that prevent it from being altered, thus requiring the creation of a new version moving forward. Since these batches are constantly being refined, we permit the recipes to be checked out as a “work in progress” (WIP) and then checked in as a new version when ready.

Had this client been using these features of version control, the recipe author could have easily created a new version based on his archived recipe. It would have given his procurement team extra flexibility to accept either source of raw materials and negotiate pricing accordingly with their suppliers.

This would minimize the impact of the change, reduce the time to track down information and reduce the risk of mid-stream disturbances in the product while the nuances were worked out. The new feature will also allow the retiring recipe version to be run until raw materials are exhausted, while the new raw material usage is being ramped using the retrieved/new recipe.

If you would like to learn more about this feature and other ways Rockwell Automation is committed to the sustainability for our customers please visit our web site. 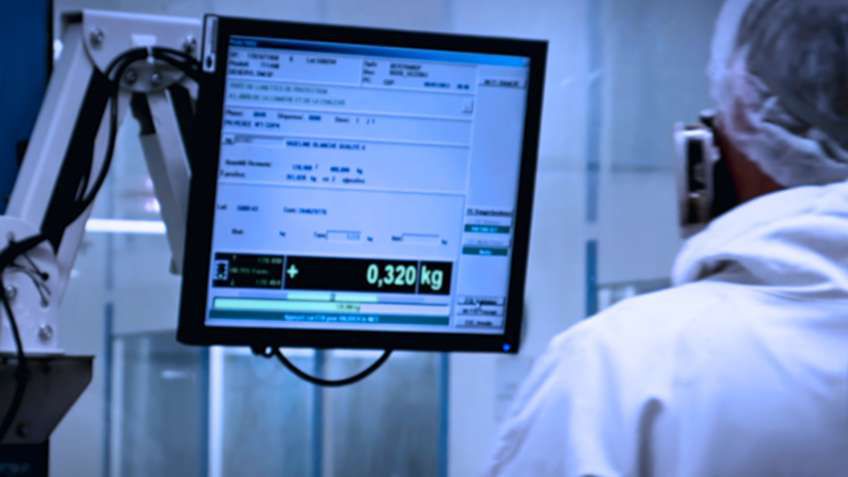 It’s 10:00 p.m. Do You Know Where Your Data Is?
For life sciences companies, taking a closer look at network segmentation is a critical way to help improve system security and productivity.
How To Create Lockout/Tagout Procedures How To Create Lockout/Tagout Procedures
Clear documentation and use of lockout/tagout procedures provide greater safety and compliance. Read how to establish a zero-energy state when servicing.
SA Businesses Should Embrace Change and Prepare for Growth