A staunch supporter of the African American Professional Network’s (AAPN) mission through much of her 25 years with Rockwell Automation, Stephanie Walker, corporate agreements manager, often opted for a more silent form of leadership by serving in niche and narrowly scoped board roles.

“Early in my career, I had a family to raise and my focus at work was to do my job and go home,” she says. Today, however, she’s called to stretch into new experiences and serve in the highly visible role as the ERG’s Milwaukee-based president.

As soon as Stephanie was approached to lead the Milwaukee chapter of AAPN, she knew that the role would signify a new chapter in her career. She would serve as the face of the very same organization that meant so much to her in her own professional development.

“AAPN provides immense value to members and allies; it introduces you to the Rockwell community, fosters positive working relationships, and helps to enhance your career,” says Stephanie.

It is a mission that Stephanie both serves and personally benefits from — and one that she will continue to champion, as employees are seeking authentic connections, career development, and professional engagement opportunities, all of which are benefits of AAPN membership.

Professional development as a focus

Wayne Stokes, hardware engineer, joined AAPN almost as soon as he was hired at Rockwell eight years ago. Having been involved in an ERG at his previous employer, he jumped right in as a membership committee co-chair, soon became president of the AAPN Cleveland Chapter and is now the chair of the special events committee.

“It’s been a journey. I joined to make change and have helped turn AAPN into more of a professional development ERG versus just educational and social events,” he says.

Being involved in an ERG, particularly taking on leadership roles, can help employees build skills that translate to professional growth.

“The qualifications that it takes to be a president, vice president, treasurer, committee, or the head of some of these ERG committees is very powerful,” Wayne says.

The leadership opportunities that AAPN provides can give employees a chance to build on skills they may not use in their current professional roles — particularly soft skills like teamwork, public speaking and problem solving and hard skills like budgeting responsibility and recruiting.

To be able to say you led a committee, managed an annual budget, ran events and meetings, or helped recruit employees to the company helps build professional experience, he says.

In life and in the corporate world, your path can be shaped by who you know. Like many companies, Rockwell is a relationship-based company, and that’s great for those who are well connected. But for new employees, it can be difficult to know how to grow a professional network, says Kristin Roth, product security manager and former president of AAPN.

“When I joined Rockwell, I started to understand the power of knowing people and talking to people, especially because we aren’t always in certain circles where information about opportunities is being shared,” she says. “Information is power, and who you know can lead you to your next role or open your eyes to other pathways and opportunities.”

Being part of an ERG like AAPN can help employees sharpen their vision of how they can develop and grow at a large global company like Rockwell, Stephanie says. It helps to break down siloes so that employees can learn about other functions and business units beyond what their daily work dictates.

“Being able to get that visibility to other areas of the company and broader opportunities is really, really important,” she says. Thanks to the support of another employee who encouraged her to move from her manufacturing technician job in a production facility to pricing, Stephanie was able to grow her career.

“I never would have thought that would be my path, but it’s where I’ve been for more than half of my career,” Stephanie says. “I don't think everybody gets that opportunity, so I am really grateful for AAPN.”

While AAPN needs to recruit members from within Rockwell Automation, it also plays a huge role in helping to attract and retain diverse talent to the company. Members attend diversity recruiting events targeting all types of employees, from students and early career to more experienced professionals looking for a change.

“I am an example of someone who stayed at a company because of the additional support an ERG provided,” Kristin says. “There is a direct connection between these groups and a company’s bottom line and culture by improving retention through fostering a supportive environment. ERGs provide a positive impact on the business.”

Rockwell Automation has celebrated Black History Month for nearly 20 years. Each year, the month’s theme is introduced to employees in fun and creative ways.

While the main target audience for AAPN is Black and African American employees, the group seeks to drive cultural awareness and educate all Rockwell Automation employees on topics important to the Black and African American culture. ERGs are enriched by the allies who join their ranks — particularly at a company like Rockwell that is committed to diversity, equity and inclusion.

“There are a lot of individuals who just aren’t aware or don’t know much about the African American experience. One of the most important things you can do as an ally is seek to understand,” Kristin says. “I see an ally as someone who is starting that journey. It’s great when allies attend our meetings — and we’d like to see even more.”

The voices and perspectives of allies are welcome in AAPN, Stephanie adds.

“Your voices might be heard a little louder than ours,” she says. “Your actions may be seen by more people.” 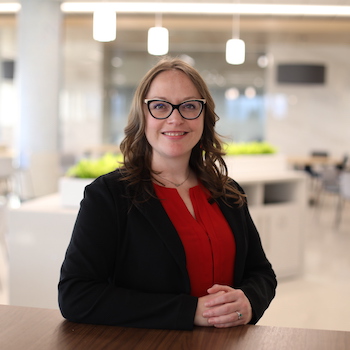