Petroamazonas is Ecuador's top oil producer, accounting for nearly two-thirds of the country's national oil production. Following a merger with Petroecuador EP in 2013, the company more than doubled its production rates to its current level of about 355,000 barrels per day.

Headquartered in Ecuador's capital city of Quito, the company's oil exploration, development and production operations are dispersed into 17 different sites throughout the country. The majority of these sites are located in the jungle-thick Oriente basin region in the Eastern half of Ecuador.

Most of the company's sites were previously operated by an assortment of oil and gas companies. The companies acquired or developed a site, operated it for a short period of time, and then handed it over to Petroamazonas. As a result, the sites largely lacked standardized processes or equipment.

Petroamazonas needed to standardize its systems and processes to improve efficiencies, and simplify repairs and maintenance. To improve connectivity throughout the enterprise, it worked with Rockwell Automation to standardize its HMI infrastructure and virtualize its servers to reduce downtime and equipment expenses.

Petroamazonas acquired two new production sites, the Eden Yuturi field and the Indillana field, that produced approximately 81,000 barrels of oil per day. When the company assumed ownership, it was apparent the human-machine interface (HMI) infrastructure, which was uniform between the two sites, was outdated and in need of an upgrade or replacement. The HMI software platform was unstable, and the operating system was obsolete, with missing licenses and duplicate serial keys. The physical servers also had exceeded their warranties.

“The infrastructure was no longer reliable, and this culminated into real problems for our operators at the facilities,” said Javier Maldonado, a technical application supervisor at Petroamazonas. “It reached the point where they were reporting issues at the sites on a daily basis. Regular system crashes would require servers to be rebooted because backup servers were not in place, and the 40-minute reboot time led to lengthy shutdowns.”

The existing infrastructure also was limited in the information it could provide to plant personnel. Operators didn't have the ability to easily collect and analyze historical data, for example, which could help them identify trends and improve operations at the sites.

In parallel to all of this, the oil and gas applications at the Eden Yuturi and Indillana fields were growing in size and demand. As a result, the facilities had to be expanded and more tags, alarms, and services were required. This led to an increase in the number of physical data servers at the sites, pushing data centers to near-maximum capacity.

Petroamazonas sought to increase the availability, reliability and maintainability of its HMI infrastructure at the two sites while also optimizing its company resources.

The new sites at Eden Yuturi and Indillana already used base hardware from Rockwell Automation, including Allen-Bradley® ControlLogix® and CompactLogix™ controllers. As a result, Petroamazonas chose to use FactoryTalk® View and FactoryTalk Historian software from Rockwell Automation for its performance, visibility and data-management needs because of the software's compatibility and ease of integration with the existing hardware.

The FactoryTalk View HMI software uses a common look, feel and navigation format to help Petroamazonas decrease development and training times. The software can be used for anything from single-machine applications to enterprise-based, supervisory-level applications, and it provides Petroamazonas personnel with access to real-time and historical data.

Rockwell Automation supported the project from its Ecuador office, located in Guayaquil, and also offered a license swap for most of the software that was being replaced.

Rather than preparing, testing and deploying the new HMI architecture on the two sites' aging physical infrastructure and further burdening the already-cramped data centers, Maldonado and his team opted for a completely new approach – virtualization. Rockwell Automation with Petroamazonas IT team migrated the HMI platforms from physical to virtual servers for both sites.

“Virtualization offered attractive backup and data-protection capabilities, and it provided our operations greater flexibility for any future changes,” Maldonado said. “We upgraded to a modern DCS, virtualized PlantPAx® platform from Rockwell Automation because of the compatibility it offered with the applications we use and because we knew the migration process would be smoother, with a minimal impact to our operations.”

The upgraded HMI infrastructure with virtualization began providing immediate results once implemented at the two sites.

"Data collection using the FactoryTalk software is now as much as 10 times faster compared to our previous system,” Maldonado said. “This HMI system is more stable, more reliable and offers more capabilities than the system we inherited, which will allow us to better monitor our processes and help operators make better decisions in their day-to-day operations. It's also helping us better manage the growing number of tags, which now numbers about 190,000 tags between the two sites.”

The virtualized infrastructure has delivered measurable improvements in reduced downtime. The sites no longer experience downtime during maintenance activities, and server reboot time has been cut from 40 minutes to 5 minutes. The decision to use virtual servers instead of physical servers also decreased the company's capital expenditures by 70 percent.

The amount of time required to implement new servers also has drastically improved. A virtual server can be implemented in about 30 minutes, while a new physical server can take as long as 60 to 70 days.

Based on the results of the projects at the Eden Yuturi and Indillana sites, Petroamazonas decided to analyze the HMI platforms used at its other sites and is in the process of rolling out the same system to 13 additional sites to achieve a fully connected enterprise.

The results mentioned above are specific to Petroamazonas' use of Rockwell Automation products and services in conjunction with other products. Specific results may vary for other customers. 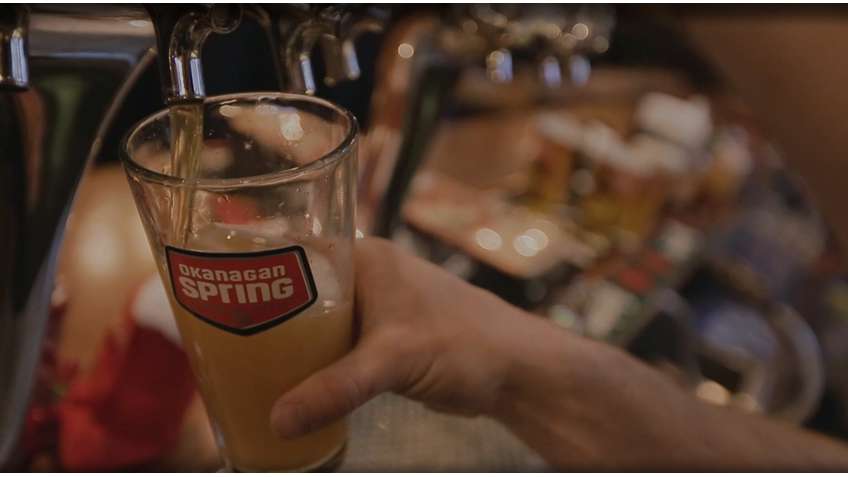 Digital Transformation at Norbord
Norbord teamed with Rockwell Automation to help work with the realities of its business and provide a more holistic perspective throughout their entire journey.