Lockout/Tagout OSHA Compliance: What You Need To Know 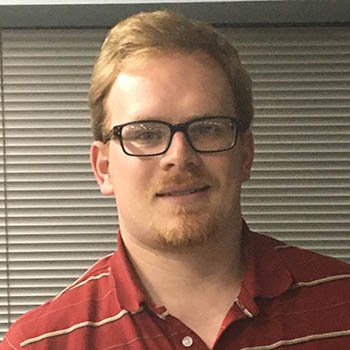 If your company has a lockout/tagout program, it’s a safe bet you understand that there are federal and local regulations that you need to comply with. But compliance is a lot more complex than it may seem – in fact, there are five components of a compliant LOTO program, including corporate policy, machine-specific LOTO procedures, training, locks and devices, and annual audits. How can you be sure your LOTO program is compliant with the U.S. Department of Labor’s Occupational Safety and Health Administration (OSHA) regulations?

OSHA’s Control of Hazardous Energy (lockout/tagout) regulation, which helps protect workers who routinely service equipment in the workplace, is outlined in statute 1910.147(c)(4)(i). It specifies that machine-specific LOTO procedures are used on pieces of equipment that fail to meet exemption criteria.

Each year, OSHA releases a Top 10 list of common violations. Lockout/tagout has consistently been on this list for the past 15 years, meaning employers continue to have difficulty enforcing a comprehensive LOTO program. In fiscal year 2018, lockout/tagout was #5.

There are no guarantees, but you can assume OSHA could make an unannounced visit about every year or so – more often if you’ve had violations in the past. Depending on whether violations are found, citations and fines may be issued. In less fortunate situations, a safety incident involving worker injury or death will prompt an OHSA investigation, and fines are issued based on the number of violations found during the investigation.

During the course of an OSHA investigation, it is common to find several violations, which can result in a very large fine. The largest fine proposed in history was $87 million, to BP Products North America after the Texas City Refinery plant explosion in 2005 that killed 15 and injured 170. Most manufacturers won’t experience lockout/tagout fines on that scale, however.

A notable LOTO-related incident that resulted in huge fines for the company and a few managers happened in 2012, when a worker died after being enclosed in a pressure cooker at Bumble Bee Foods. In this case, the company agreed to pay $3 million to replace its ovens, $1.5 million to the deceased employee’s family, and more than $750,000 in combined fines, penalties and court costs. The safety manager and plant operations director were punished with probation, community service and fines. Another example is from November 2011, when a worker of American Biltrite Inc. was crushed while performing a maintenance task. This worker’s death led to an OSHA investigation, finding that the company had not rectified a previous violation, as well as nine new serious violations. OSHA issued a fine of more than $51,000.

There are six different types of violations that OSHA can issue fines for:

Common LOTO-related violations include not having an accessible procedure or placard for each piece of equipment that needs it and improper training/lack of training for employees.

If it’s not already clear, you want to avoid employee injuries and OSHA fines at all costs – not only can it be a PR nightmare, but the fines themselves are never part of the annual safety budget. You don’t want to have to approach the C-suites to find that kind of money, so it’s in everyone’s best interest to make sure your LOTO program is compliant.

It’s hard to unpack the technical language found in the OSHA regulation – that’s where a third-party provider that specializes in lockout/tagout can help. Whether you are responding to an OSHA investigation and need to make changes to lessen your fines, or you take the proactive approach, our Safety and Lockout/Tagout Services can help you develop a program you can be proud of.

Common challenges for manufacturers include:

No matter how larger or small your manufacturing operation, lockout/tagout is a crucial piece of overall safety compliance. Our Lockout/Tagout Services focus on the details and bring consistency to each step of the planning and process, so you can concentrate on what you do best.