How to Find The Magic of Industry 4.0

The rate of change in the modern world is staggering and it shows no sign of slowing down – in fact, it is speeding up. Industry 4.0 is both an example of this, and a result of it. Digital transformation is at the heart of fundamental societal changes that are emerging. In the region that I lead for Rockwell Automation – specifically the Middle East, Turkey and sub-Saharan Africa – there are huge changes in progress.

Let’s start with the Middle East. It’s an area that is no stranger to change, with great cities having risen from the deserts – as well as great economies. And the industrial change in the area now is one of rapid diversification as whole new industries are envisioned at national levels and realized at break-neck speeds. Turkey, the ancient empire(s), bridging Europe with Asia, bridging tradition with future, bringing cultures together, is another market with enormous potential and possibilities for growth, always in a cycle of changes and reinventing itself.

The continent where everything started for humanity is set to reassert its position in our future. In sub-Saharan Africa, the population is projected to double by 2050. In fact, in the next 30 years the world’s population is set to grow by an incredible 2bn – an increase of more than 25% - and a large portion of that growth will be in sub-Saharan Africa. This exponential population growth comes at a time when the largest demographic for this region will be of working age – a fact that points to the potential for huge economic growth. Growth, incidentally, that will be championed by the digital generation.

The opportunities for industrial enterprises in these regions are evident. There is no doubt that the enterprises meeting the needs of the new markets by leveraging Industry 4.0 technologies and strategies are the ones that will succeed. 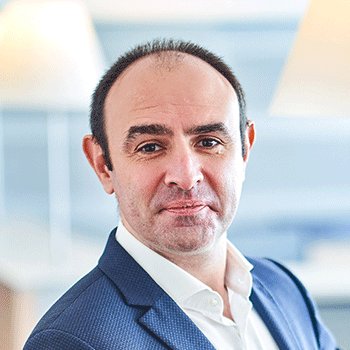 We’ve probably all seen the diagram of two circles that don’t overlap, where one is labelled “your comfort zone” and the other is labelled “where the magic happens.” It’s one of those that you look at and instantly recognize the truth of – and perhaps with a tiny sinking feeling as you realize that maybe, you should get out of your comfort zone a little more.

The implicit message of that diagram is that “magic” requires change. It is something I believe very strongly, and I’m inspired by the words of Walt Disney (who knew more than most about magic): “If you can visualize it, if you can dream it, there’s some way to do it.”

I can’t think of a better message for industrial enterprise leaders in this era of change. We stand with the makers, the doers, the builders; the innovators. Our most successful customers in adopting industry 4.0 approaches have taken the step of visualizing. They have dreamed of what could be done. By coupling this human ingenuity and innovation with the power of machines and Rockwell Automation solutions – we always find a way to do it.

That’s where the magic of Industry 4.0 happens. Take a look just outside your comfort zone, the benefits are close at hand, but industry leaders must embrace change to find them.

If you can visualize a bright future for your enterprise, come and talk to us, and we’ll help you connect the imagination and ingenuity of your people with the intelligence of machines to make it happen.