Industrial networks and digital technology have transformed manufacturing. But as we all know, not every equipment supplier or manufacturer approaches network connectivity and data in the same way.

For manufacturers who must rely on multiple OEMs, divergent network, interface and equipment standards can result in significant integration challenges – and costly project delays.

It’s a universal manufacturing challenge. But the stakes are even higher for the tightly regulated life sciences industry where integrated alarming and reporting are critical. In addition, flexible single-use facilities are becoming increasingly prevalent and magnify the need for equipment that can easily be connected/disconnected from the production control system.

In fact, feedback from industry leaders suggests that distributed control system (DCS) integration typically adds 50–70 percent to the cost of process skids. Process skids are defined as any modular equipment supplied by an OEM.

Why are the Integration Costs So High?

In many cases, high integration costs can be attributed to a reactive system development strategy. Oftentimes, manufacturers accept the OEM network and interface standard “as is” – and “delay the pain” until the integration phase.

Once the equipment arrives on site, a system integrator or EPC may bridge it to the DCS protocol directly or via an OPC-type server. In either case, integration typically involves additional hardware and software, custom data mapping, duplicate HMI configuration and additional licensing.

Plus, each interface is typically custom – resulting in greater risk and additional service requirements in the end. And of course, this process is not only costly, but time-intensive as well.

Here are a few key ways life sciences companies can mitigate integration risk – and save time and money.

Take a Proactive Approach to System Development. That means working closely with OEMs or an EPC upfront to specify network protocol and interface requirements.

Defining and addressing input/output, alarming, security and other critical requirements early in the process helps simplify integration once equipment arrives on site.

Base Your Integration Strategy on a Modern DCS. A modern DCS streamlines integration by using open communication protocols. Based on EtherNet/IP, this system can communicate directly with a wide range of controllers throughout the plant – without the use of OPC bridges or other custom interfaces. Instead, the skid-based controller can be added as a native controller to the system with a standard equipment interface.

Through the modern DCS, the integrated skid can also share common infrastructure resources, such as user accounts and security settings, without losing application independence. This allows companies to take advantage of the application expertise of multiple skid vendors while providing a consistent operator experience – and centralized batch reporting.

Put Your Skid’s Intelligence to Work. From clarification and liquid chromatography systems to bioreactors and blenders, today’s process skids are “smarter” than ever.

However, some DCS suppliers recommend an integration approach based on a single control platform – which means skids may be initially delivered without control systems and before factory acceptance testing (FAT).

An integration approach based on a modern DCS values the intellectual property of the OEM and enables companies to take advantage of the skid’s native intelligence from the outset. With the control platform intact, smart skids can be delivered with the FAT complete and then properly interfaced and seamlessly integrated with the DCS.

Learn about process skid control systems and how an integration strategy based on a modern DCS can optimize performance. 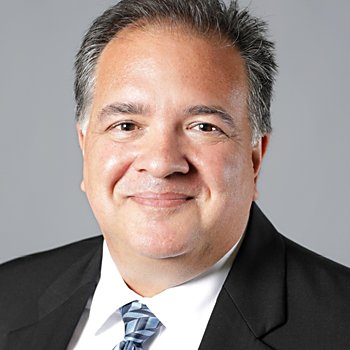 Women: It’s Time To Be Bold With Your Career
As a woman in a technical career, I am accustomed to being in a minority. And I have advice for women in STEM who want to lead.